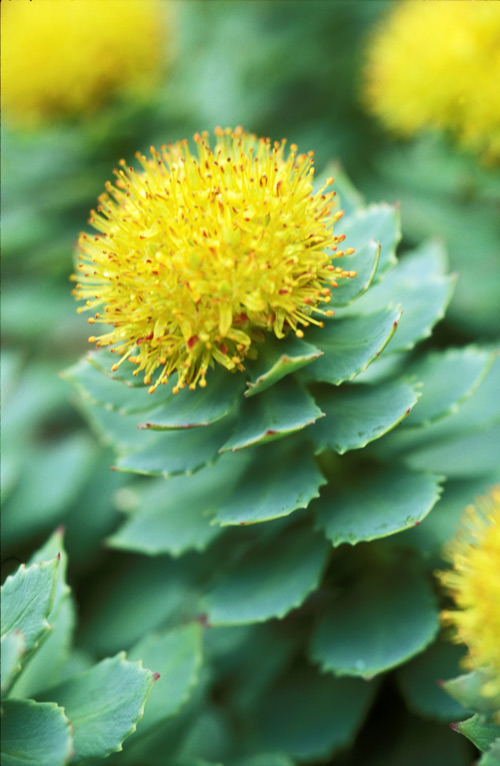 Rhodiola rosea – agricultural and medicinal plant of the VikingsRoseroot (Rhodiola rosea; also known as artic root or golden root) is a perennial plant in the stonecrop family (Cras­su­la­ceae). Its thick, water-retaining leaves make the perennial plant well-adapted to its native dry habitats of the Arctic regions and the mountainous regions of Europe, North America and Asia. The biologically significant ingredients include phenolic glycosides in the group of phenylethanoids, phenylpropanoids and phenylmethanoids, flavonoids and monoterpenoids and triperpenes, whereby the concentration of the individual compounds of roots and root extracts can vary greatly.

There are indications that the roots of rhodiola rosea have been consumed as food for around 3000 years. The consumption of roseroot is documented in countries of the Northern Hemisphere, in particular Greenland and Alaska. It also has a long tradition in folk and experiential medicine. The plant was even prized by the Vikings for its invigorating effects. In recent years, systematic scientific research and the interest in rhodiola rosea has increased sharply, recognisable by a growing number of specialist publications.