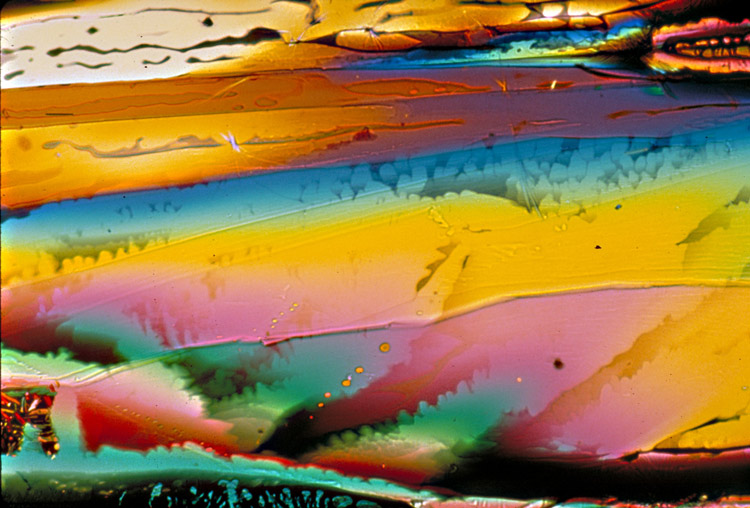 Choline crystals under the microscopeCholine [(2-hydroxyethyl)-trimethyl ammonium] is a primary amino alcohol and in biological system is usually present in the form of phospholipids. The most important phospholipid containing choline is phosphatidylcholine. This concerns a member of the phosphoglycerides, consisting of the trivalent alcohol glycerine to which two fatty acid residues and one phosphoric acid residues are combined. The latter is esterified with choline. Phosphatidylcholine is also known by the name of lecithin. Eggs, soy beans and liver are rich in choline or phosphatidylcholine. In terms of nutritional physiology, both of the natural substances belongs to the group of vitaminoids. These are active ingredients with vitamin-like effects.

Choline acts as a structural and functional molecule: