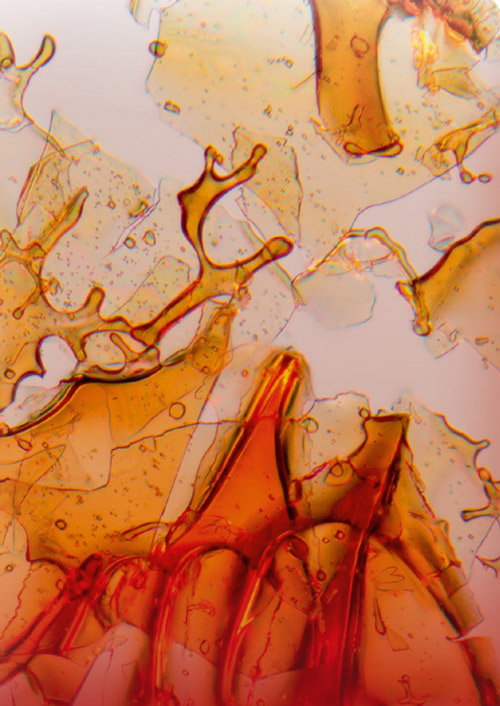 Haemoglobin crystals under the microscopeIron (chemical symbol Fe) is a transition metal and is the fourth most common element on the earth's surface. In its natural form, it is usually present as a bivalent (Fe2+) or trivalent (Fe3+) cation, most commonly in the form of iron ore. This includes magnetite (magnetite, Fe304), haematite (kidney ore, Fe2O3), pyrrhotite (magnetic pyrites, FeS), iron pyrite (fool's gold, FeS2) and siderite (iron spar, FeCO3). Foods contain iron in various forms:

Iron belongs to the group of essential trace elements. With a total body store of 3-5 g, it is the most important trace element in the human body in terms of quantity. It is present here in a protein-bound form, mostly associated with haem. The function of iron is wide-ranging and includes: