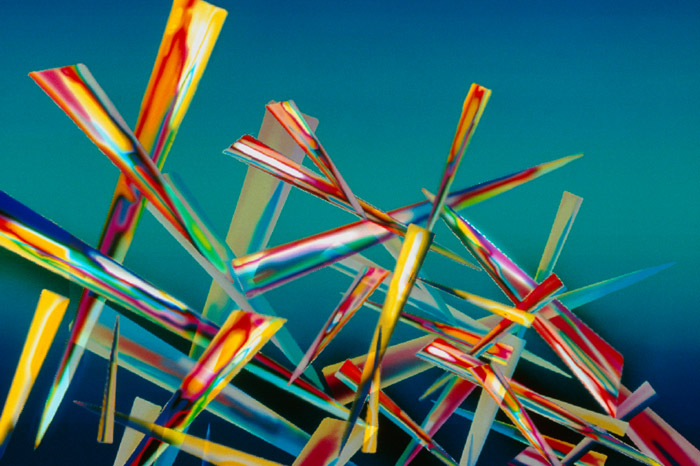 Light microscopic image of folic acid crystalsFolate – often (erroneously) referred to as folic acid – is the generic term for more than 100 compounds in the group of water-soluble vitamins. In chemical terms, it concerns pteridine derivatives, which contain a p-aminobenzoic acid and a varying number of the amino acid glutamate groups. Folate is predominantly found in green leafy vegetables which led to its naming (lat. folium: leaf). Of biomedical significance are the following forms:

In the form of THF, folic acid is involved in more than 20 metabolic reactions, predominantly in the metabolism of amino and nucleic acids. Folic acid thus contributes to a normal amino acid synthesis and cell division. The vitamin also supports the growth of the maternal tissue during pregnancy where it also plays a role in cell division. Further functions of folic acid include:

The US Dietary Reference Intakes (DRI) further differentiates between whether the synthetic folic acid is administered on an empty stomach or together with food. The following applies: