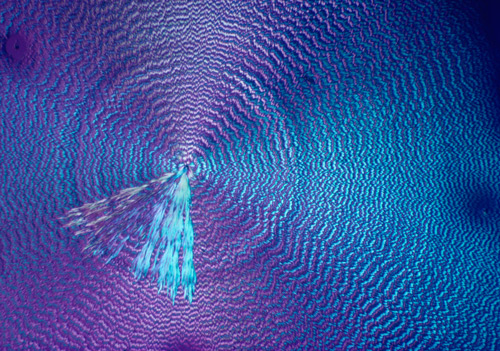 Light microscopic image of arginine crystalsL-Arginine (α-Amino-δ-Guanidine valerian acid; abbreviated form: Arg) is the most basic amino acid with four nitrogen atoms. They were extracted for the first time in 1886 by the two chemists Ernst Schulze (1840-1912) and Ernst Steiger from lupin germ buds. L-Arginine is a proteinogenic amino acid and as such is a component of almost all proteins with a share of 3-15 %. It is just as widespread in the active natural world as it is in foods. Nuts, fish and soya products are particularly rich in L-Arginine; in contrast, grains and milk products contain very minimal quantities. In terms of nutritional physiology, L-Arginine is one of the semi-essential amino acids. From a biomedical perspective, L-arginine is one of the most interesting amino acids, which attracts a high level of attention.

L-Arginine fulfils a wide range of functions in the body. The most important and best studied effects include: