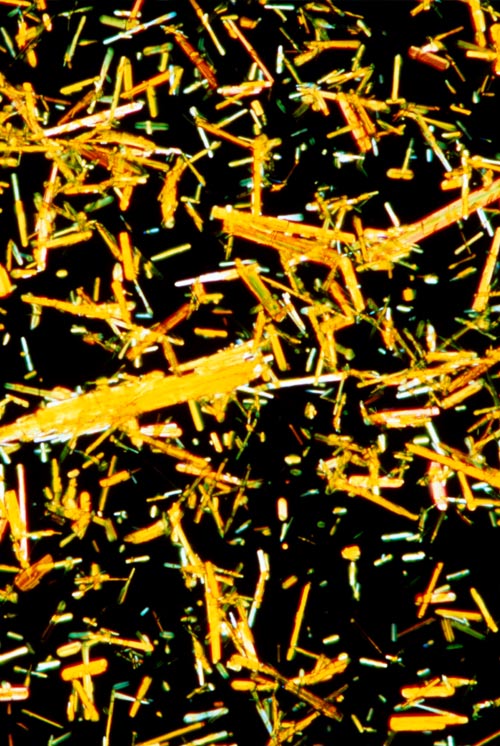 Light microscopic image of vitamin B2 crystalsVitamin B2 (riboflavin). Due to its presence in milk and milk products, it is also referred to as lactoflavin (from lat. lacto: consisting of milk) and belongs to the group of water-soluble vitamins. In chemical terms, it concerns a derivative of isoalloxazine with a ribityl side chain. It has a characteristically intense yellow fluorescent colouring which is was lends it its name (lat. flavus: yellow).

Functions of Vitamin B2